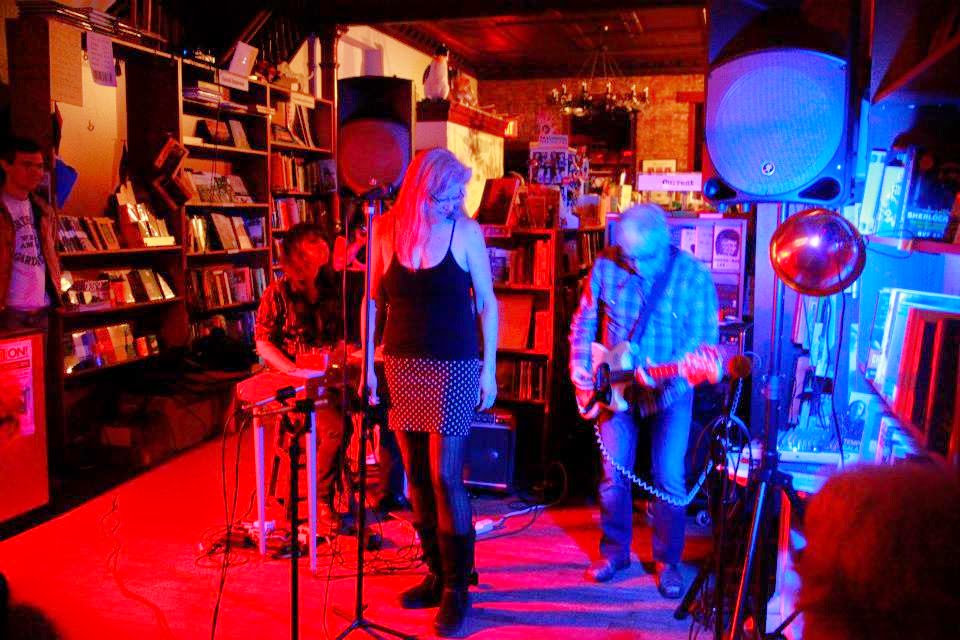 There was a jazz fusion group on before us. The front man sported a piece of driftwood fashioned over time by mother nature into an approximation of a bass guitar with a battery compartment and an extra wide neck vaulted by six big strings. Amy quite liked them, said she admired their nerdiness. I thought they needed to lose two strings and a ponytail.

The group that came on after us were God awful – drums and a percussionist, chick singer strumming an inaudible baritone ukelele, an abundance of beards, flat caps and shapeless, pseudo-Peruvian clothing. And a three man -sorry, boy - brass section with a dizzying amount of metalwork: tuba, French horn, trumpet, trombone, saxophones... they looked like music students.

The band seemed very pleased with themselves, especially the bass player – disgusting active bass sound, all bonk and doink, very unsexy, no throb. And again the wide neck with the surplus string problem. He'd evidently practised long and hard but he wasn't a player, no soul and no real groove.

'I hear this is only your fifth gig,' one of them said to us in a somewhat patronising manner.

'Yes, that's right, we're newcomers to all this, unlike your goodselves. We'd always planned to buy a mobile home when we retired but I said to my wife, "You know, I've always dreamed of being in a rock band," and to to my astonishment my wife said "well, that's a coincidence because so have I." So we put the mobile home on the back burner and bought a backline instead. We've got a lot to learn but do you know what? We're absolutely loving it! Living the dream!'

In Olden Tymes, long before even my time, bands would finish the show and while their roadies cleared up the debris the band members would be off looning and wenching. At least this is the mythology that has been handed down. Karen Schoemer comes to the business of being a rock group vocalist a little late in life but she's a keen student and eager to learn everything she can from load-in to after-show party. So I'm doing my best to school her in the ways of rock.

'What do we do now?' she asked after our first show, a packed-out affair at The Spotty Dog in Hudson. I didn't want to disappoint her so I told her we'd be off a-wenching.

I was worried that there was something sexist about that idea but she seemed to like it, so off we went, me, Amy and Karen, a-wenching as best we could. Amy had a glass of whisky that she couldn't finish while Karen and I each enjoyed a ginger ale with a cocktail cherry. As far as I'm aware those were the only cherries that were popped that night. I don't think The Schoemer Formation are very good at wenching.

In order to bring wenching up to date a female equivalent had to be invented. I thought long and hard for nearly five minutes and came up with benching, as in nice muscles – how much do you bench?
And even though we're not very good at it I'm thinking it's an odds on bet that we could out wench and bench any of the bands we played with the other night in Albany.
Posted by Eric Goulden at 15:22