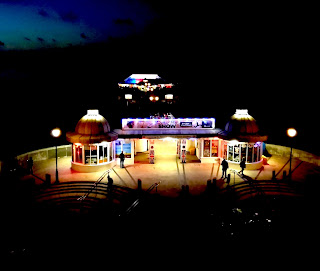 I had a run-in with a gun person who attempted to explain to me how it all works:

Someone points a gun at you, he’s the bad guy, I’m pointing a gun at him, I’m the good guy - see how it works?

I didn’t see how it worked then and I still don’t. I offended him deeply when I suggested that if he shot someone in a scenario such as this, then far from being the big hero he’d probably shit his pants. He was very upset, I think I touched a nerve.

That was five or more years ago. Things have only got worse.

After every school shooting some moron always says that this just wouldn’t have happened if everyone was armed, and sure enough after this latest atrocity they said exactly that. I find the idea of a teacher of young children packing a gun deeply disturbing, and at the least, highly inappropriate. To me the inference here is that it would be okay for a child to see their teacher gunning someone down in their defence.

I don’t think any of this is at all okay.

Twitter and Instagram were suddenly beset with photos of bloated, blow-waved, beefcake couples reclining on trashy kingsize beds, surrounded by their obscenely impressive collections of firearms. Apparently they need automatic weapons to ward off feral hogs who can, and will, invade your home any minute now. I’ve never encountered a feral hog myself, but I’ve seen plenty of people around the neighborhood giving what I imagine is a more than passable imitation of one.

I’m pleased to spend time in Britain where the national obsession is football. I have no interest in football myself - it’s just not my thing - but I love the passion it invokes. And if I’m honest I’d love to attend a football match in a big stadium. My football prejudice stems from being ordered to go outside and play it in the rain and cold when I didn’t even know what it was. I was eight years old and I’d never heard of football so it came as a shock.

A gentle shock compared with the realisation that so many Americans have been quietly spending their hard earned pay on building a home arsenal.

We’re heading home for Catskill, New York tomorrow. I’m sorry to be leaving but happy to miss the Queen’s platinum jubilee. Seventy years on the throne - my my - are you going to be much longer in there Ma’am?

I would have thought seventy five years would be a more celebration-worthy length of time, but let’s face it, she’s not likely to last another five years, and we need something to celebrate after all this pandemic nonsense etc etc…

My daughter put it very well the other day: why do we have to celebrate her? Couldn’t she celebrate us for a change? And who’s going to pay for it all. It’s more than the cost of a bit of bunting, and I’m pretty sure it’s not coming out of the royal coffers.

I had an idea that would be bound to win popular support and increase the waning popularity of the British monarchy - how about if the Queen donated an amount equivalent to the income tax she would have paid if the Royal Family had paid income tax from the beginning of her reign?

She could donate it to a fund to help people who are suffering hardship due to the current economic crisis.