New Zealand, Planet Baker, “So Glad You’re Not A Midget!” 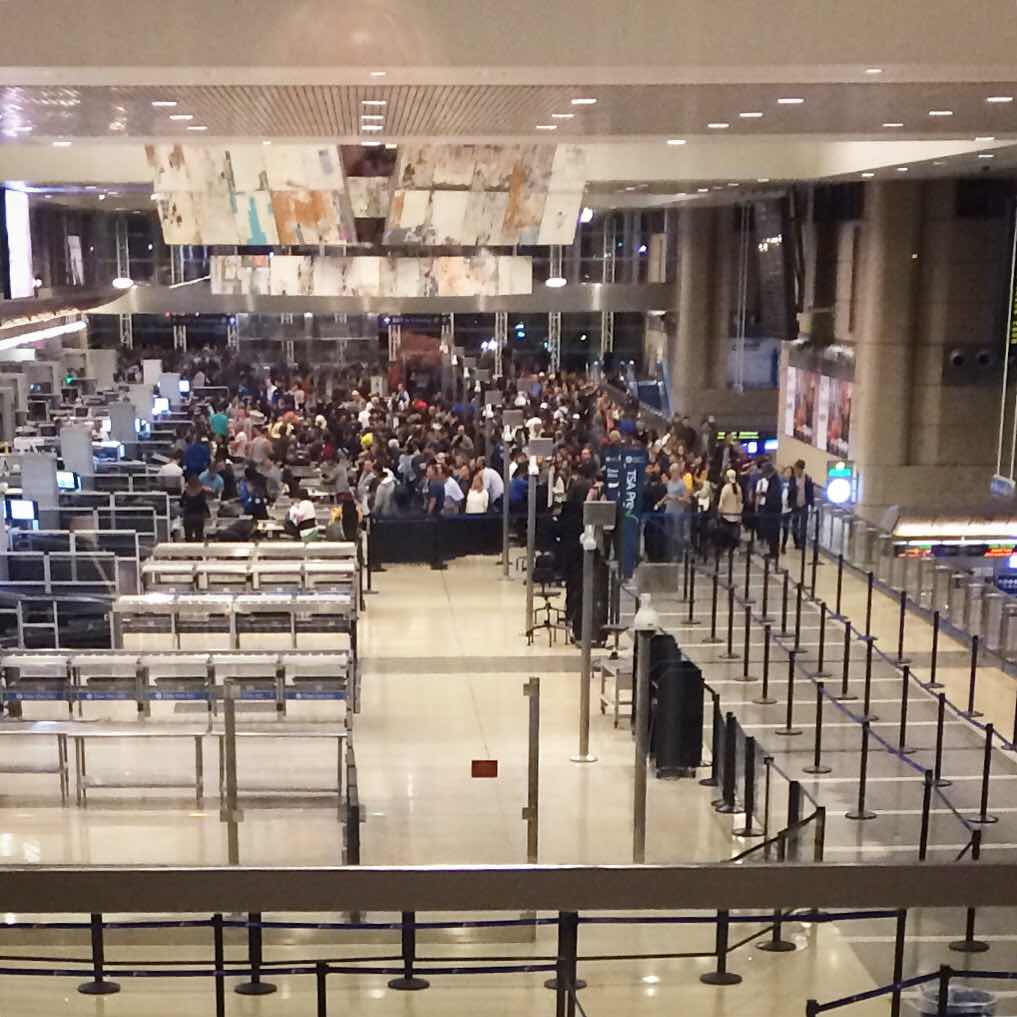 I was dreading the flight from Los Angeles to Auckland but in the end it wasn’t anything like as bad as I’d anticipated. I did the online check in and chose an aisle seat on the other end of a centre row of four. The other aisle seat had been taken leaving two unoccupied seats in the middle. I figured nobody was going to choose the seats seats in the middle and in the end the gamble paid off.

The person on the other end of the row was an older lady from Florida who was very nice. We had a pleasant conversation and lapsed into our own inflight reveries for the next twelve hours or so. I watched three films none of which I can recall. I listened to a Waylon Jennings compilation, Kris Kristofferson’s first album and Neil Young’s Psychedelic Pill on my IPod. and in between I wrote some lyrics which may or may not be any good. At some point I even fell asleep but I couldn’t say for how long.

New Zealand immigration was really easy. I used the automated machine and was redirected to Special Assistance where I was greeted by a lady of Maori extraction who told me I was logged into the system and everything was fine. I collected my guitars, loaded them onto a trolley with my case and sauntered though customs and into New Zealand.

Or Auckland airport. I walked to the domestic terminal in pale sunlight trying not to think about the four hour wait for the plane to Wellington. There were a lot of people, angry, anxious and pushy. They filled the terminal as they queued for security and the delayed flights that awaited them beyond. I pushed through with my luggage cart and gained the sanctuary of the Gypsy Moth Cafe. It was vaguely homely - badly run by a huge staff of ill-trained and, I imagine, under-paid young women who got in each other’s way and muddled through while the manager took up the slack by taking food orders on tours of the premises before dumping them in front of diners.

I had something very bland to eat, principally to stop the airport from undulating beneath my feet. The mid-morning rush cleared and I made my way through to look at the rest of the terminal. There was a newspaper place, a coffee place and a large area of white chairs and tables. Everything was very clean. Announcements wafted over the tannoy - they were mostly unintelligible (to me at any rate) but they all seemed to end in the phrase report to the chicken. I felt as though I was in an episode of Flight Of The Concords. But the entertainment value wore off very quickly and I thought I might die curled up on the grey airport carpet with hawk eyed New Zealanders stepping over and around me on their way to and from who knows where. 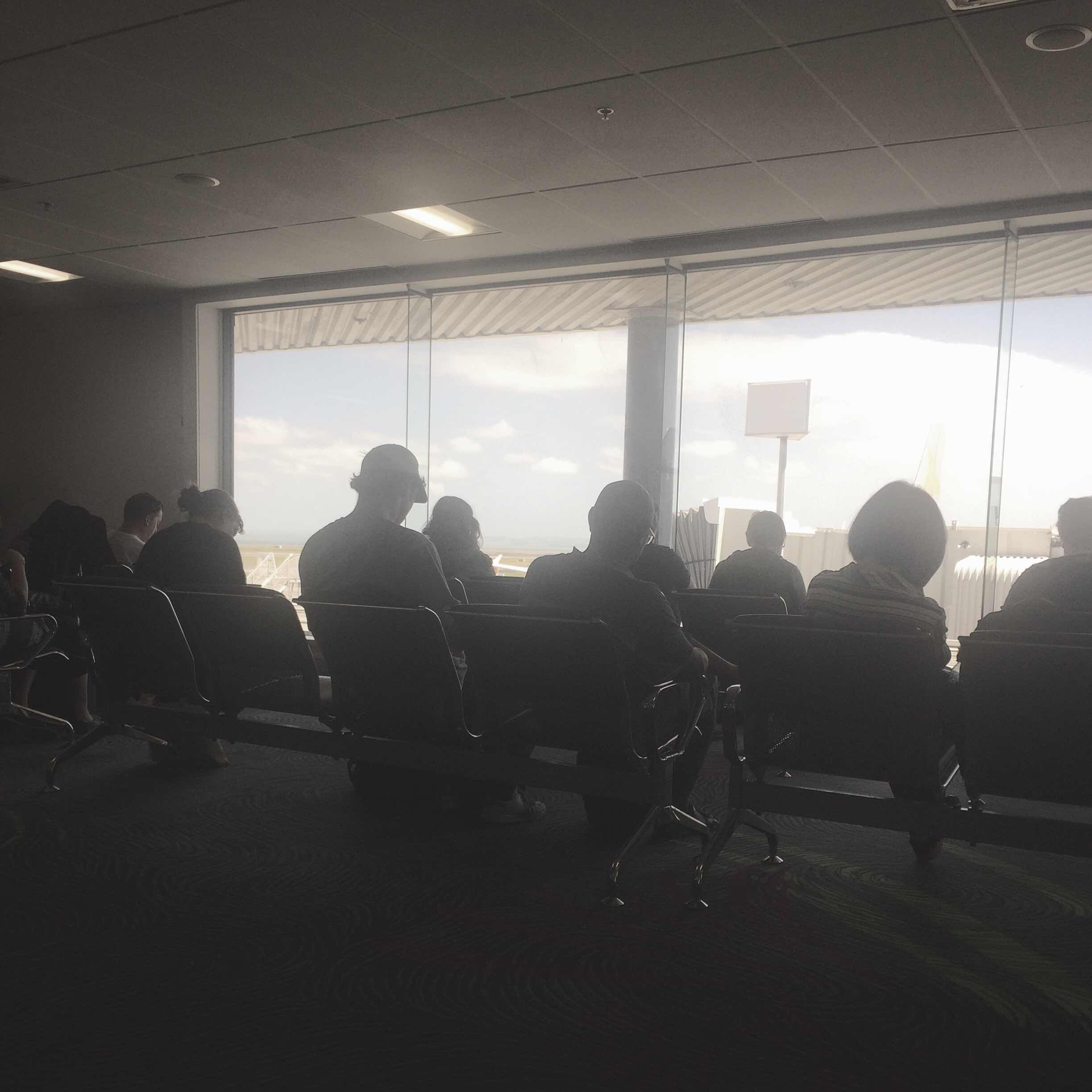 In Wellington I was met by a man with a sign who chauffeured me too the hotel in a shuttle bus that had been designated for my sole use. It’s the closest I’ve got to limo treatment in years. I got to my room and collapsed on the bed thinking I might just close my eyes for a few minutes...

It was the tour manager, a man called John Baker who I’d been in constant email contact with for weeks in conjunction with press and radio stuff. We’d even spoken a few times on the phone. He was on his way up to my room. I realised I didn’t know what he looked like and the thought entered my jetlagged mind that he might be a midget and I didn’t know how I’d handle that - it wouldn’t be polite to mention it: I can’t help noticing that you’re only er... three feet tall... but if I didn’t say anything it might be awkward, one of those Is Anyone Going To Mention The Midget In The Room? moments.

There was a knock at the door and there he was, all six foot one of him.

‘Great to meet you John’ I replied ‘I’m so glad you’re not a midget!’

He sat on the chair, I sat on the bed, and we sized each other up. He was wearing a brown corduroy cap.

‘Look, we’re going to spend a lot of time together so I’ve got to ask - are you bald under that hat?’

He looked a little surprised but he took his hat off to show me. I’m not going to tell you the answer. I never saw him without his hat again.

I had a radio show to do - talk about why I hadn’t been to New Zealand in thirty eight years, how great it is to be the guy who wrote Whole Wide World (yes it is), and play a song. I played 40 Years from Construction Time & Demolition. They weren’t expecting that and they seemed pleasantly surprised. Before the radio we spent twenty minutes or so strolling around in search of a reasonable espresso which proved to be quite elusive. John took great delight in telling everyone we encountered how before I even said hello I told him how relieved I was that he wasn’t a midget, compounded this social faux pas by asking if he was bald under his hat, and then dragged him around Wellington for two hours criticising its slovenly coffee places.

He carried my guitars and suitcase from shuttle bus to trolley to check in, from conveyer to trolley to shuttle bus. He told me my system of folding my clothes was all wrong, I should roll them, and to prove his point he accosted random passers by in airports.

‘Excuse me, are you a folder or a roller?’

He was so disarming, so charming, that no one took offense.

He strode across the top of the baggage carousel like some kind of colossus, retrieving and marshaling baggage. He checked us in and checked us out and did it all with no laptop, no briefcase, just a tattered sheet of paper covered in pencilled notes that he kept folded up in his top pocket.

Whenever we came to a stop he’d reprimand me for standing too close to him.

‘You’re doing it again, what’s is this? Have you no sense of personal space?’

I couldn’t help it - hardly realised l was doing it. I was as far from home as it’s possible to be and I felt safe under his care. The man is like a magnet. Planet Baker is a great place to be.

I’ll tell you more later. I’m just posting stuff as I write it - I don’t want it to slip away from because in spite of all my fears and missing Amy I’m actually having a really good time.