This Is Really Happening

I put out a new album last April, Construction Time & Demolition and set off on a sixty date tour to promote the thing. Before that I toured as the bass player for my wife, the great Amy Rigby. Six weeks and four different drummers in the UK and America, and afterwards almost four and a half days off before I started my own tour. People have told me I’m overdoing it, that I’m working too hard, and for once I think people might have been right.

I managed the first leg of the tour without much difficulty though I don’t know why they call it a leg - why not a bicep or a testicle? Toronto was dusty, Memphis was freezing. I packed up after the last show in New York City and drove straight to the airport to fly to England for the UK leg, arm or bicep.

The weather in Scotland was vile and I contracted a cold that got worse.I did two sold out shows in Glasgow and Edinburgh with laryngitis. I got away with it by gargling with soluable aspirin, six at a time in a glass of water. It takes down the swelling, brings the voice back, and as long as you don’t swallow you won’t end up in the emergency room. I consumed a jar of very expensive Manuka honey in the space of two days and got through an entire bottle of echinacea. Two days later my voice was fine again.

I woke up in a Premier Inn in Worcester to a text from my daughter, Luci, asking me to call her immediately. I thought it would be news about my mother, another fall, another hospitalisation, but it wasn’t, it was her mother, Philippa, my good friend and ex of thirty years ago. She’d died very suddenly and unexpectedly. Luci was distraught, devastated. She still is - I don’t know how you can move on from something like that. When she told me what had happened I felt as though I’d been kicked hard in the stomach.

I carried on with the tour in some kind of haze. I did the best I could and more than got away with it but there was always a veil of grief and concern for Luci and the grandchildren. And there was always a bit in the set especially for Philippa. No one would have known but I was saying goodbye with a huge crashing and wailing guitar interlude. By the end of the tour she was gone.

The tour ended in the middle of July. I reached the end of my tether earlier in the month in a hotel restaurant in Salt Lake City. I didn’t cause a scene or throw anything - I wasn’t even rude to the waiter - it wasn’t his fault after all. I just came to a private realisation that I’d had enough.

It was lunchtime and I thought I’d better get something to eat even though I really couldn’t face it. I was tired of driving and there was nothing within walking distance so I went to the restaurant in the ridiculously jumped-up hotel where I was staying. There was nothing on the menu that I could imagine myself eating. In fact it was all quite off-putting. The word smothered featured prominently in the descriptions of the various entrees and all around me diners were being served with plates of glistening disgustingness.

A toasted cheese sandwich - you can’t go wrong with a toasted cheese sandwich, it’s comfort food, just what was needed. So that’s what I ordered. First the waiter brought out a bread roll. ‘Here’s your complimentary bread roll’ he said, and placed a side plate in front of me with a huge, doughy roll overhanging the sides. It looked like Donald Trump’s head. Then an acre of French fries on an oval plate, and finally two thick triangles of toasted white bread with orange and yellow goo oozing out from between them. All the orange, yellow and white food groups were represented.

I rearranged everything on the plates to make it look like I’d eaten some of it because it wasn’t the waiter’s fault and I didn’t want to spread my misery around. I paid the bill and left feeling like I might easily start crying.

The beginning of a tour is usually great fun, the expectation, the excitement - that This Is Really Happening feeling. The hotel rooms are fun - it’s an adventure, a jag, a beano, and you’re on the lam, a fugitive from the tedium of daily life. But this time, after about four months of checking in and out of of Ramada Inns, Best Westerns, Crowne Plazas, Holiday Inns and the odd off-brand nightmare, the novelty of this air-conditioned gypsy lifestyle started to wear a bit thin. Another hotel room, energy saving light bulbs putting out their eerie, uncomfortable neon glow, loneliness, silence (save for the air conditioner) or the nonsensical jabber of the TV. The adventure, the comical jag, is long gone, and in the morning there’ll probably be Starbucks.

It dawned on me that I was terribly homesick.

The shows were fine, better than just fine, but everything in between was torture. I was pulled over in Ohio by a fresh faced policeman, somewhere between Toledo and Cleveland. Apparently I was doing eighty seven miles an hour. The speed limit was sixty five. The policeman wanted to know where I was headed. They’re not supposed to ask that. He seemed concerned - ‘You look very tired’ he said, ‘I just want to know that you’ve got somewhere to go.’

It occurred to me later that it must have looked as though I was living in my car.

I got to Rochester, New York, played the last show. As I was finishing up the soundcheck a woman walked in who looked like Amy. It was Amy. She’d come to help me get home. Chuck Prophet & The Mission Express were playing a secret late night show around the corner. We got up and did some tunes with them and it was like my very own end of tour party.

It was great being home. I love not having to be anywhere. I hung out at Supernatural in Hudson and at the HiLo here in Catskill. I’d have my two espressos and whole mornings would drift by with nothing achieved or expected. I had a trip to England looming but that wasn’t until near the end of August- I had to clear my mother’s house and put it up for sale to pay her care home fees.

I’d speak to her on the phone as often as I could - it wasn’t always easy with the time change. Sometimes she asked me to speak up, accused me of mumbling, even though I was braying into the phone in an effort to be heard. Other times she was in a good mood and she’d tell me how she was running a police station - ‘I’m the world’s worst person for this job but I’m doing the best I can’. She was looking forward to me coming over and so was I.

The care home called and told me she was refusing to get out of bed and refusing to eat. They’d put her on end of life care. They were ready with the tranquilisers and morphine and whatever else to ease her passing.

British Airways wanted over two thousand dollars to change my ticket so I wrote that off and got the first flight I could, Air India to Heathrow. When I got off the plane and turned my phone back on there was a text from Luci - call me as soon as the plane lands. My mother died shortly after I got on the plane. They told her I was coming and that made her very happy. She went to sleep and never woke up. A perfect way to go but I wish I’d got to see her. 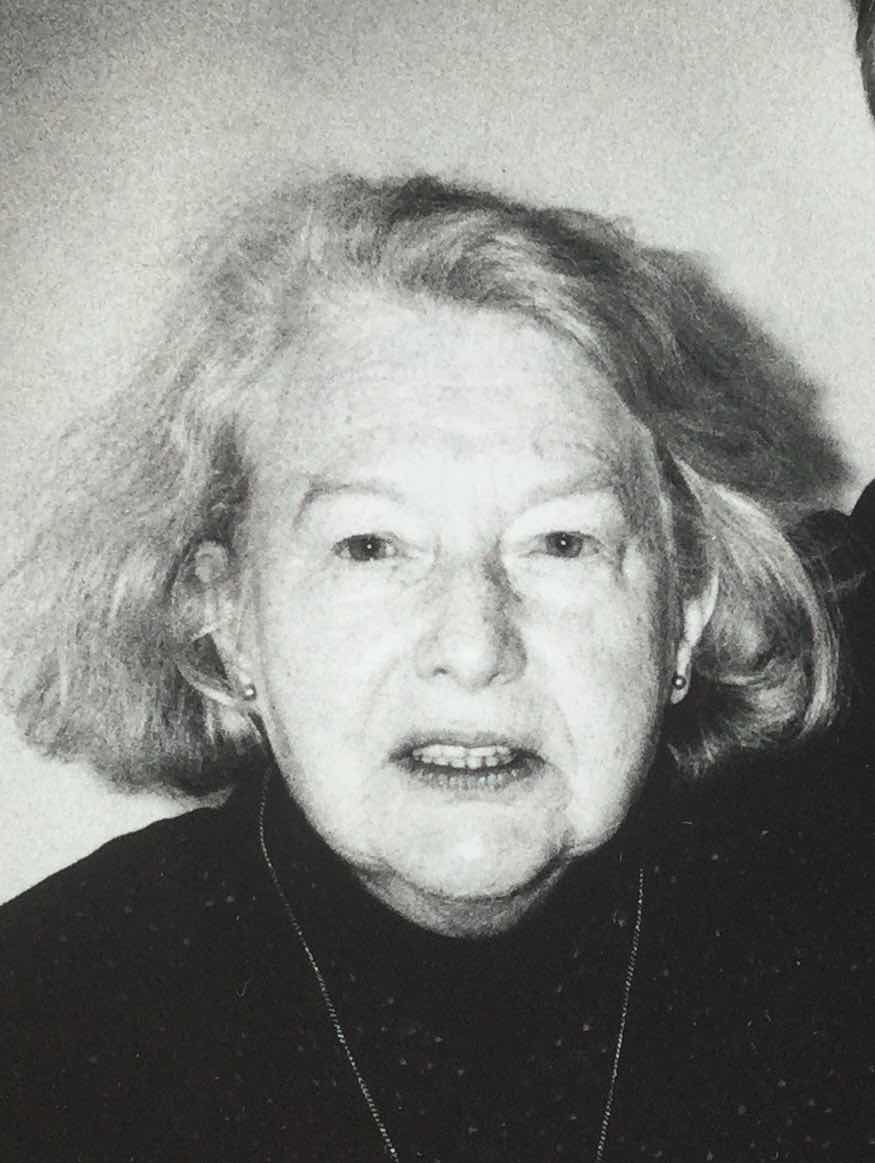 Amy came over and a month went by planning the funeral and sorting out the house. My mother had bought and paid for her own funeral - she said we wouldn’t want to be bothered with it, being distraught with grief and so on (You will be distraught with grief won’t you?!!?) I had to practically ransack the house to find her will. I found it in a drawer with a roll of wallpaper, a garden trowel and a box of broken pencils. There was nothing about her funeral wishes in there apart from the name of an undertaker who had stopped working with the plan and passed it on to a company in Sutton Coldfield.

My mother was laid out in her room at the care home and nobody knew what to do with her so I drove over to Luci’s house and got on the phone to the Sutton Coldfield funeral plan company which turned out to be a call centre in the West Midlands:
‘First of all let me just express how deeply sorry I am that Mum has sadly passed.’
I’d got the rookie, he was reading off a script in a thick Black Country accent.
‘I just need to get some details - now when exactly did Mum sadly pass?’
‘And where did Mum sadly pass?’
I started to join in - ‘Now let me see... where exactly did Mum sadly pass...’
Luci started giggling in the background and I had to turn my own laughter into sobs - ‘I’m sorry, I can’t do this right now, you’ll have to speak to my daughter.’
I passed the phone to Luci who got the full treatment and did the best she could:
‘Now, first let me say how deeply sorry I am that Nan has sadly passed...’
My mother would have been rolling around in hysterics by this point.

In the meantime a tour of Australia and New Zealand was fast becoming a reality I could hardly deal with. I can’t say I’ve been stricken by grief but I’ve been feeling quietly fucked-up. My mother was very old, she was ninety three, she’d lived a long and fulfilling life. Philippa was only sixty one. She died on the Cayman Islands. A photo taken four hours early shows her looking fit and radiantly beautiful. To me she was an immortal. Her passing followed so closely by my mother’s have left me somehow silently and coldly shaken to my core. 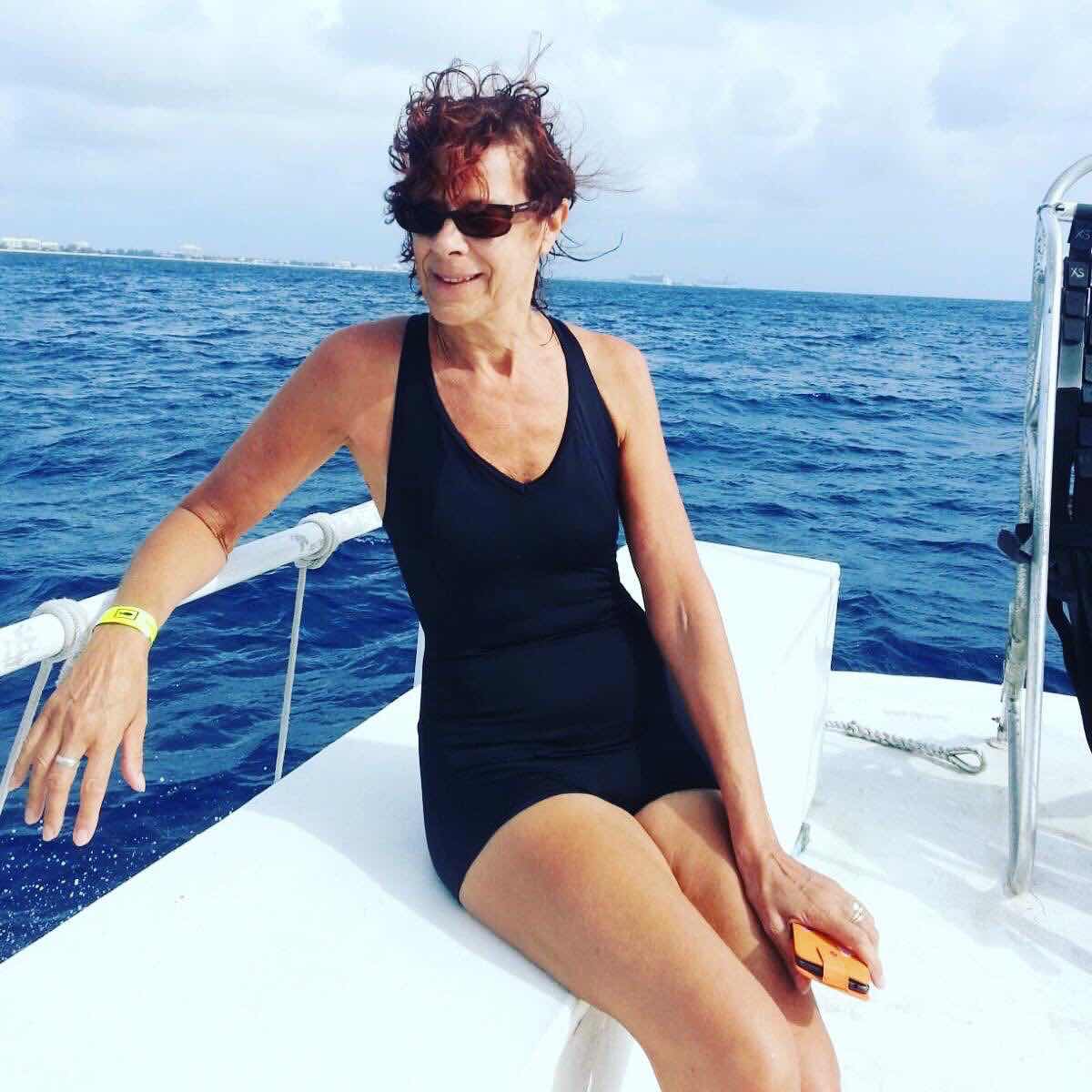 It’s going to take a while to get beyond all this. I’m hoping this trip to New Zealand and Australia will mark a new beginning. I haven’t been there for thirty eight years and I must admit to being somewhat slightly terrified. And I’m feeling a great responsibility to stay alive for everyone’s sake.

I’m flying to Los Angeles tomorrow to start the adventure. 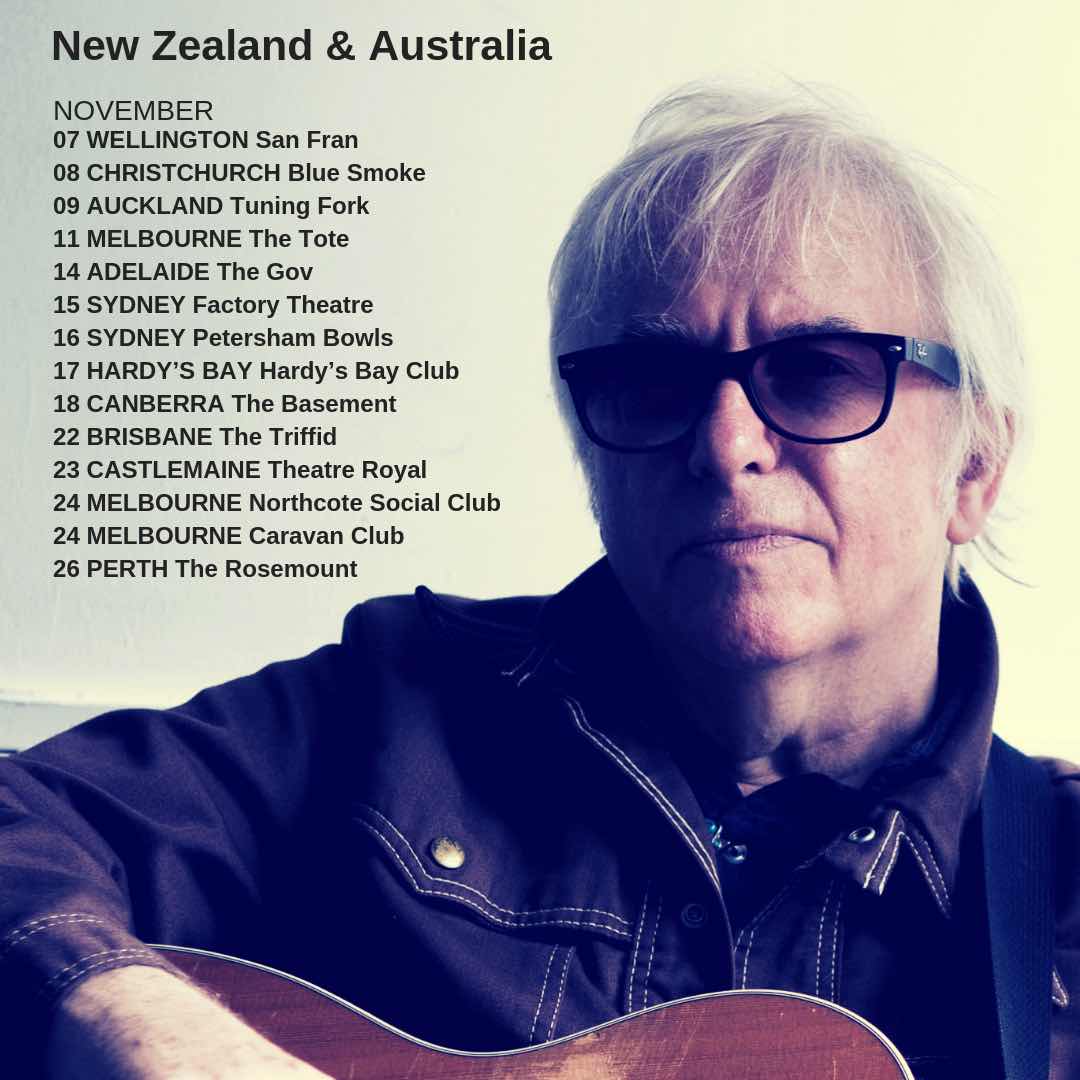