I was on the phone to my mother - they had to put her in a wheelchair and install her in the office to take the call.

'I'm not surprised we're in such a mess - the most powerful nation in the world is being run from this office and it's full of old toffee tins.'

It's Presidents Day and there's a moron in the White House, an old toffee that's got loose from the rest of the tin. Not much to celebrate there. I imagine the cunt will be spending the day at Mar-a-Lago, playing a round of golf in a soggy adult diaper.

Amy's not celebrating Presidents Day by playing some tunes on WFMU.

Plenty to celebrate there - her new album The Old Guys is out at the end of the week and it's already getting unprecedented revues and airplay. She says she hasn't sensed such a buzz about a new Amy Rigby album since Diary Of A Mod Housewife.

I feel proud of her. And proud of me too because I engineered and produced the new record. I gave her a garage band edge and helped put a tougher frame around the mature, contemporary version of a unique and timeless songwriter. Her past five albums are a hard act to follow and I took the responsibility very seriously.

And there I go, making it all about me - I could be the President.

Her tour starts on Friday so we've been rehearsing. There are four different drummers involved so it's a little confusing. It's one drummer per night, not some Allman Brothers spectacular, apart from a couple of nights when she's more or less solo with a bit of bass and guitar playing assistance from the chauffeur. And the Omnichord - mustn't forget that - I'm playing the Omnichord too. I reckon this addition lifts me into multi-instrumentalist / utility man status.

And there I go again - it's all about me. Again. I could write speeches for the President.

I've just decided to do Amy's tour under the name Brice McCafferty because promoters keep announcing me as some kind of feature which is somewhat insulting to Amy because she certainly doesn't need a feature to prop her up. I'm going to wear a suit and keep a low profile. And be very afraid because one of the drummers is Steve Goulding, the man who played drums on Whole Wide World.

But there's no room for self doubt, it's Presidents Day after all, and as Amy's about to tell you on WFMU, The President Can't Read. It hasn't stopped him though. It just goes to show - any cunt born in this great land can become The President Of The United States Of America.

Let's hear it for The Old Guys! 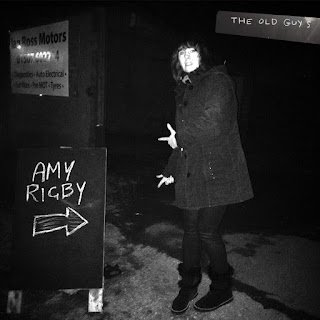