Quincy, Recording, A Wedding Anniversary & A Run In With The Law

I keep writing stuff and not posting any of it - the world lurches from crisis to crisis and what I write quickly becomes irrelevant, inappropriate at at the very least just plain glib. I won’t write stuff about what’s wrong with the human race, and tell everyone how to put the planet to rights because it’s really not my place to do so, and most of the people who read what I occasionally write would probably agree with me on everything I’d have to say, so there’s really very little point.

And there are the others, the ones who disagree. I get so jangled by internet confrontations. I used to be stronger than I am now, but since having Covid and a heart attack in quick succession, and dealing with this thing called Long Covid, I’m not tough enough to take up the fight. Though I handled it coolly, a Facebook dust up with the daughter of a friend who told me my post was a fucking disgrace and I shouldn’t be in a creative industry left me depleted for the better part of a week.

It was a joke concerning Eric Clapton in the wake of his anti-vaccine proclamations. I said that after careful consideration I was banning him from attending any of the shows on my US tour last October. It gave rise to a lot of anti-Clapton vitriol. I didn’t join in but as far as this person was concerned I was to blame and had relinquished any right to be in a creative industry.

Whatever the word in means in this context, and whatever industry it is that I’m supposed to be in that might be at all creative.

The tremors, the palpitations, the extreme anxiety and upset that this sort of thing incurs just aren’t worth it. So from that point of view I’ve decided to be a human cabbage.

We started out with a random bass synthesiser loop, Amy played the Wurlitzer electric piano while I played an electric guitar with a load of delay and reverb on it.  We strummed a couple of acoustic guitars together around one mic and then overdubbed a couple more. We recorded a track of brushed cymbals and started on the vocals.

We sang in harmony - I sang it, then Amy sang with my vocal, then I replaced my vocal. The lyrics meant nothing to either of us. The track sounded great but the vocals were prosaic and lacklustre. At various points I wanted to give up on it but we kept going. I sent my vocal out through a Boss vocoder pedal and into my wonderful Moog Opus which Amy played. The result was other worldly and decidedly creepy. We put some oscillator noises on it and a casual bass guitar here and there and it suddenly came together.

I wish I could do that with some of my own tracks. I spent bits of yesterday wrangling a track into shape in between celebrating out fourteenth wedding anniversary. It was a great day. In the morning we somehow got onto the subject of Quincy, played by Jack Klugman. I can’t imagine how we got there but Amy asked me if I’d ever watched the show.

I was a huge fan, possibly for a lot of the wrong reasons, but I’ll readily admit to it. I watched it for the outfits - you never knew what he was going to be wearing next: loud checkered sports jackets with huge lapels; chunky V necked pullovers; windcheaters with elaborate collars and complicated arrangements of buttons or press studs. Every scene was a fashion shocker. Re-runs of Quincy were required late night viewing through the nineteen eighties.

We watched most of an episode involving the illegal dumping of toxic waste, featuring Quincy in a succession of golfing jackets and a big suede affair with sheepskin collar and cuffs, and patch pockets. Amy said she can see where I get my fashion sense. I hadn’t realised how much Quincy had rubbed off on me. I’d like to think that if he really existed we could be friends, maybe go thrift store shopping together. 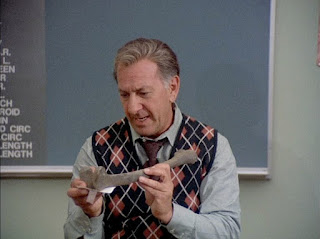 It felt very decadent to be watching Quincy at ten o’clock in the morning, but it was our wedding anniversary after all.

Later on we decided to go for dinner and chose a restaurant down in Rhinebeck that looked suitably upscale and disgustingly expensive. We set off in my old Mercury Cougar talking enthusiastically about the writing of books, the making of records, and, of course, our rediscovered hero, Quincy. Amy usually keeps a check on my speed but she was having a night off. It was a country road that I’ve driven on many times. The speed limit changes every couple of miles. The Cougar was running perfectly and we were bowling along when I saw red and blue lights in the rearview mirror. I slowed down and prepared to pull in so he could pass me. Only he didn’t, he pulled in behind.

‘Have you any idea why I stopped you sir?’

‘You were doing seventy-seven miles an hour in a thirty-five mile an hour zone.’

He asked where we were going and we told him. Amy took the opportunity to mention that it was our wedding anniversary. He asked how long we’d been married. I stuttered a bit over the answer to that, as you do, but I think it gave me a bit of guys together credibility

All this time we’d been trying to find the registration but for some reason it wasn’t in the car. I was having visions of celebrating our anniversary alone in a jail cell. He took my licence and headed off for his patrol car. He came back a couple of minutes later, handed back the licence with a smile, wished us a happy wedding anniversary, and told me to watch my speed.

I thought how different this encounter might have been had we been young and black instead of old, white, and heading for the stodgy town of Rhinebeck.

I don't usually drive so fast in thirty-five mile an hour zones but this one wasn’t exactly populated and I didn't see the sign. I’m usually more mindful. I don’t drive through neighbourhoods at breakneck speed.

Dinner was no great shakes but we enjoyed it anyway. There were an inordinate amount of waiting staff including a young man who kept coming around with a bottle of tap water. He topped us up and said Enjoy. He did this three times. The main or most prevalent waitress put me in mind of a shark with a ponytail. Vicious in her determination to do the absolute minimum.

It made us happy to be up here in Catskill. We’re lucky.

We came home and watched the last episode of the Warhol Diaries. Amy promised she wouldn’t cry but I think she did anyway. It was a happy sad ending.

I lay exhausted on the sofa. Amy googled Jack Klugman and we listened to him talking about the beginnings of Quincy. No one thought it would last more than four episodes, least of all Jack Klugman. But his cynicism turned to belief and it endured for eight seasons between 1977 and 1983.

Amy wondered why Quincy was such a success.

The answer came to me in a flash from somewhere in the mists between awake and sleeping: those moist and soulful eyes, almost unable to bear the latest injustice, this week’s wrong which must be put right. Quincy is a good guy, the kindest, most tenacious, and fair-minded man that never existed. He lives on a boat with a vast collection of sports jackets and windcheaters. He’s a latter day male version of a fairy godmother. The world needs someone like Quincy. How could he not prevail? 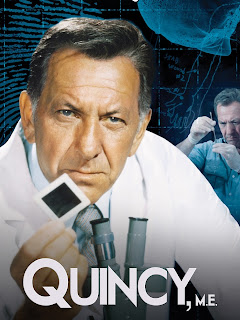