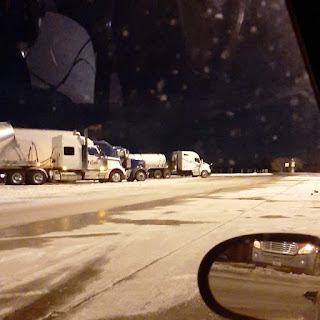 The weather in Memphis was unseasonably cold. It had rained all through the previous day and the temperature was set to drop to something catastrophically below freezing. I hardly left the house where I was staying and had spent the whole day shivering and trying to get warm. Wet weather gets in my bones, the only way I can counteract it is with hot, dry heat, warm clothing and a lot of exercise.

I put this down to growing up in a house without adequate heating, just tepid radiators and an open fire which shot flames up the chimney and heated up the heavens and settled into a disgruntled glow so that you had to practically climb into the grate to feel any benefit. The floors of our chilly family bungalow were solid concrete, topped with thin Marley tiles, except for in the living room and hallway where they were high polished parquet glued to the concrete. There were two small, handmade rugs, pegged by my dad when he was in hospital, one in front of the fireplace, another running the length of the sideboard in a desperate attempt at cosiness. The ceilings were just compressed cardboard sheeting, about half an inch thick and joined where they met with some sort of vaguely decorative strip. There was no insulation, just a big space between the ceiling and the roof tiles, the loft, which housed the water tank, and the folding Christmas tree and decorations that came out once a year for two weeks in the season of jollity.

About an hour and a half out of Memphis I had to stop for gas. I chose a gas station as carefully as I could - there were a whole lot of Citgo gas stations along the way but I don’t like to stop at those because at Citgo gas stations I’m always approached by dubious characters who ask me for money and rides. It’s a complication I can do without, though I suppose it may be like attracting like - I’ve been told I look pretty dubious myself, and it’s true that after several days of touring middle-class, white Americans tend to edge away from me. Though I never ask them for money except if they’re the promoter.

Not that I’ve ever seen a truck driver buying any of this crap. But then I’ve never seen a Gideon placing a bible either though they must keep doing it because I regularly have to throw them in the trash or out of the window. The other night in Indianapolis I personally placed both the Book of Morman and the Gideons Bible in the freezer compartment of a large refrigerator that happened to be cluttering up my hotel room. Creative thinking at its absolute finest - the bin was already full of the Proudly Brewed by Starbucks paraphanalia, the window wouldn’t open wide enough, and besides I was concerned that the dropping of two bibles from the eighth floor might kill a passerby. Not that anyone had any business passing by at two o’clock in the morning, but I’m a responsible adult, not just a mere creative, so into the freezer compartment they went.

I’ve been planning to move the studio into the basement which we’ve just had made watertight. I’m hoping I can get the vibe of that wonderful room down the stairs and into a bigger space. But that’s a matter for another time. What I wanted to say is that even though the country is in a terrible way I had a great time doing the shows on this tour and seeing so many old friends. I experienced nothing but kindness from friends, promoters, promoters who are friends, and even sound engineers; and if there’s one thing I’m thankful for now that Thanksgiving is upon us again it’s kindness. I wouldn’t personally be anywhere without it. The world needs more kindness.
Posted by Eric Goulden at 17:09 7 comments: